Once Highly Valued by the

Tekels Park is a 50 acre woodland estate near

Camberley, Surrey, England. It is a spiritual retreat,

a sanctuary for wildlife and has a consecrated

church. It is currently owned by the

who are selling the park to a developer.

Article from the Mar/April 1995 issue

of the Theosophical Journal (Vol 36 No 2)

the Theosophical Society in England’s 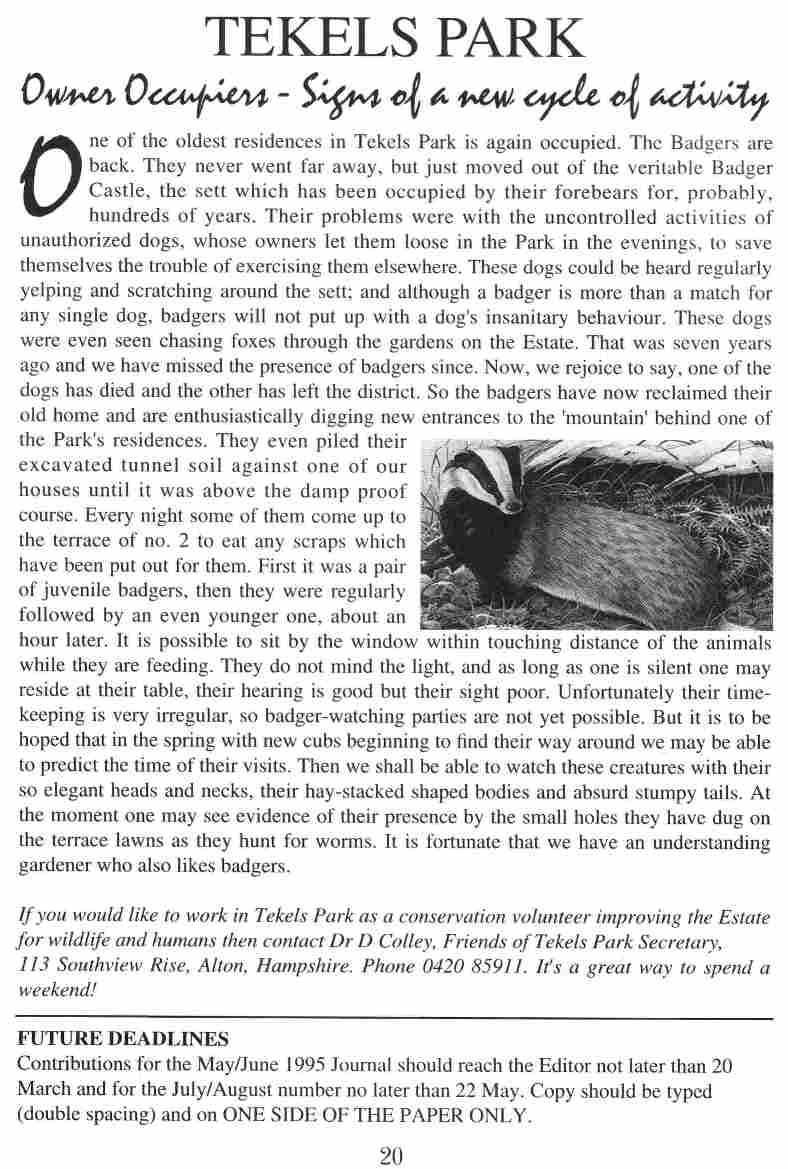 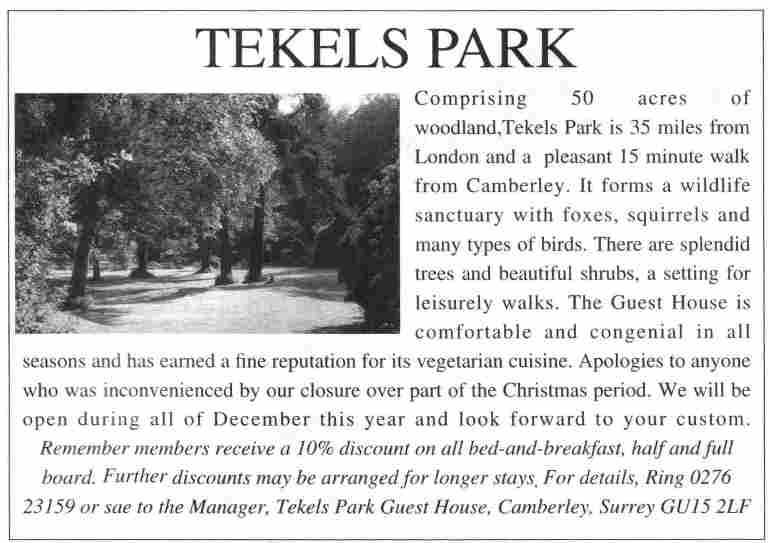 Here is an advert for Tekels Park from the same

issue of The Theosophical Journal and the

tremendous pride which the Theosophical

Society in England took in the

The Theosophical Society in (Adyar)

The Theosophical Society administers the Estate through a limited company

It doesn’t require a Diploma in Finance and even someone with a Diploma in Astral Travel will know that this is a bad time to sell . Professional advice against selling in 2009 was ignored.

I am dedicated to the future of the Tekels Park animals and have created this website in support of saving them.

My main concern in posting information on this, and related websites, is to draw attention to the sale of the 50 acre sanctuary for wildlife to a property developer and the inevitable deaths of the animals by slaughter or habitat destruction.

The killing of the Tekels Park animals would be an obscenity and as a long standing student of Theosophy, I cannot turn a blind eye.

It is difficult to see how development

of Tekels Park will be compatible with

the future of the Badgers

Tekels Park is Being Sold to a Developer

The Toff’s Guide to Selling

Tekels Park to a Developer

Article describing Tekels Park and its much

cherished wildlife by Theosophist and long

Party On! Tekels Park NOT